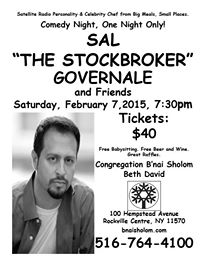 The idea of That 401(k) Conference is based on creating memorable events and it probably can trace itself to the time I brought Sal The Stockbroker for a comedy show as Vice President of my old synagogue.

My old synagogue was like many synagogues who would always run the same old fundraising events like a journal dinner and a Monte Carlo event. They must have been strong environmentalists because they kept on recycling tired old events that would only be attractive to its members. We also had a fundraising chairman who wouldn’t publicize the event until 2 weeks before the event would take place which would depress attendance.

I wanted a fundraising event that would attract non-members because their money is just as good as members’ money and since we only had a solid core of 50 people who regularly attended events, I wanted something unique that would have broad appeal to the outside.

Since a fellow member and a good friend worked on the Howard Stern Show, I inquired whether he could get Sal to appear at a comedy show. Sal agreed and I ran the event and allowed minimal involvement from the fundraising chairman to make sure he didn’t ruin the event. The only drawbacks that I had to deal with are that I had opposition to a $50 charge (I agreed to the suggested $40) and I had to cut in our caterer in for $12 ahead. The event was a raging success as we packed in around 200 people with most coming from the outside community. A few weeks back, a current synagogue trustee lamented that he wished we’d have fundraisers like the Sal show again. I told him that they still think it’s 1978 and run events that cater to a select few.

While That 401(k) Conference is a growing endeavor, what I like about is that it’s something unique for plan advisors. You can always offer a rubber chicken from the local Sheraton, but offering a memorable event for either plan sponsors or plan providers goes a long way. Hopefully, you can join me at the next That 401(k) Conference and That 401(k) Plan Sponsor Forum soon. 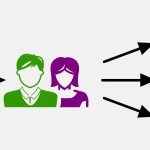 The problem with TPA referrals 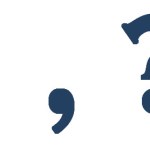 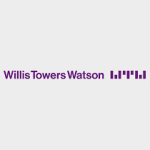 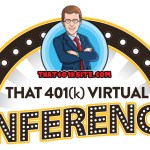 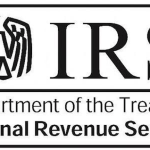