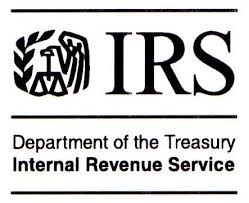 When I do my own taxes and the income taxes for friends, the software I use will alert me when I make a mistake and perhaps, enter an amount in the 401(k) deferral box on Form W-2 that is in excess of the annual limit for plan participants. The annual limit ($19,000 in 2019, not including catch-up) is per participant, no matter how many 401(k) plans they’re in.

Yet, there are many individuals that somehow exceed the limit. The problem is that the Internal Revenue Service (IRS) will be after them.

The Treasury Department’s Inspector General for Tax Administrator (TIGTA) has a report that suggests that many 401(k) workplace retirement plan savers are pushing the limits, which is costing the U.S. Treasury.

TIGTA’s recommendation: bring lax employers and errant taxpayers into compliance. The IRS’ response: It will beef up employer education and conduct targeted audits for taxpayers who appear to have excess 401(k) deferrals, especially those with multiple 401(k)s.

The TIGTA reports that many 401(k) plans don’t have controls in place to prevent employees from exceeding the annual limits. The problem usually arises when taxpayers get tripped up when contributing to multiple 401(k) plans.

So if you’re a plan sponsor or a plan participant, make sure you don’t exceed the 402(g) limits. Otherwise, the IRS may find you and penalize you.