The boogeyman of MEPs

The boogeyman of MEPs 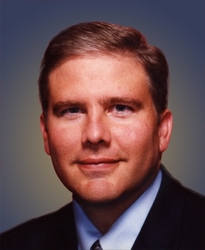 When they’re always talking about multiple employer plans (MEPs) and the tribulations with that 2012 Department of Labor (DOL) advisory opinion and the latest proposed regulations, talk often surrounds Matt Hutcheson.

Matt Hutcheson was the self-anointed fiduciary expert because of a fawning PBS Frontline episode on 401(k) plans who stole around $5 millions from several MEPs where he was the plan fiduciary. I had the unfortunate experience of knowing Matt and succeeding him as the fiduciary from the only MEP he didn’t embezzle from.

Matt has often become the MEP boogeyman because of his theft and is often uses an excuse for the DOL’s wariness of dealing with Open MEPs. I think his impact is overblown because of his crime wouldn’t happen with other MEPs and other fiduciaries getting the wrong idea that they should pocket plan assets for their own use. Matt had delusions of grandeur, the first time I talked to him in 2012, he claimed he was a candidate for Secretary of Labor under a second Obama or Mitt Romney administration. At that point, I should have run away, but I didn’t. He also wanted to be a savior in Idaho by buying a bankrupted ski resort, so he used plan assets to achieve that goal. He also used plan assets for his own personal gain including personal purchases. Matt was able to steal so much because the MEPs were invested in assets by him and not by plan participants. He was able to steal so much and get away with it for a time because participants didn’t direct their investments into mutual funds. It took the third party administrator (TPA) to wise up about Matt’s shenanigans and reported him to the DOL.

Matt’s theft is no different than the alleged theft of plan assets by a certain principal of a TPA in Dallas.  Jeff Richie from Vantage Benefits is accused of stealing more money than Matt and he allegedly did that as the TPA and the ERISA §3(16) administrator. Does that mean you shouldn’t hire a TPA who is also the ERISA §3(16) administrator? I don’t think so, thefts by plan fiduciaries can happen at any point at any time. What any good plan sponsor needs to do is to be properly insured and vet any plan provider. Anyone looking at Jeff Richie would find out that he was banned from the securities business by the Securities and Exchange Commission and Matt Hutcheson’s resume besides that PBS show was paper-thin.

There are a lot of issues about Open MEPs, but I don’t think that what Matt Hutcheson did is a reflection about those plans. A fiduciary with a deviant mind will steal from any plan if they can whether it’s a single or multiple employer or multi-employer.