They will remember what you do for them, good and bad

They will remember what you do for them, good and bad 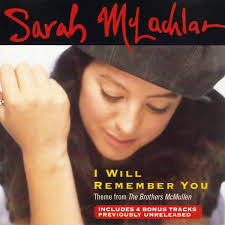 The retirement plan business is a relationship-driven business and I learned from the best in the relationship department. Richard Laurita was the top salesman at both third-party administrators (TPA) I worked at and 11 years after his untimely death at age 39, people still remember him with great affection because he really knew how to treat people well. Some of the relationships that Richard had I kind of inherited because Rich was kind enough to introduce these people to me and you see these relationships behind the scenes as That 401(k) Conference.

Speaking of That 401(k) Conference, an advisor who I talked on the phone a few years back attended the event at Wrigley Field. This advisor has done a heck of a job using social media and blogging and he was kind enough to mention to a plan provider how that when he called me years ago about social media advice, I took time out of being with my kids to talk to him on the phone and give him some free advice. While I remember talking to him, I don’t remember that I was eating dinner at the time, but the advisor remembers it vividly. The advisor has done a good job with social media because he’s putting out consistently great content.

The point here is that I helped this advisor and he remembers that I took time out of my day to help, on the house. I pay it forward because people like Rich helped me and I always remember who helped me.

On the flip side, I remember everyone who didn’t help me when they could or were cruel for the sake of being cruel. I’ve been fortunate to meet many co-workers, a few supervisors, and lots of other providers who helped me when I asked for it. For example, I was on vacation in a city where someone I used to work with, lived. Instead of reaching out, I remember sending him a resume when he became head of a TPA and never bothered to respond when the TPA we used to work at, was closing up shop. I try to treat people the way I wanted to be treated. Most of the time, it’s meant with pleasantries back, a few times it’s not. Regardless, I remember who have helped me and who did not.

I tell you it’s a lot nicer to hear some flowing things from someone who is grateful rather than hearing from others that you were mean to someone.