Review that ERISA bond, because it might not be one

Review that ERISA bond, because it might not be one 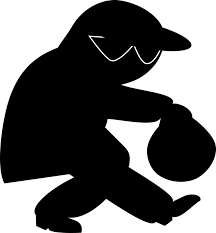 All ERISA plans need an ERISA bond that protects the plan from thefts of plan assets by plan fiduciaries.

ERISA requires that every fiduciary of an employee benefit plan and every person who handles plan assets be bonded.

A plan official must be bonded for at least 10% of the amount of funds he or she handles. In most instances, the maximum bond amount that can be required under ERISA with respect to any one-plan official is $500,000 per plan. However, higher limits can be purchased. The maximum required bond amount is $1,000,000 for plan officials of plans that hold employer securities.

The problem here is that having a bond is a question on Form 5500 and if a plan sponsor doesn’t have one and acknowledges it, they are likely to get contacted by the Department of Labor for an audit. The other problem is that there are too many plans out there who think they have an ERISA bond but don’t have one. An insurance policy that protects the plan sponsor from theft isn’t an ERISA bond,it’s a theft policy. An ERISA bond has to reference plan fiduciaries and ERISA plans. So a plan sponsor needs to review their bond to make sure it is an ERISA bond and if it’s not, they should get one.