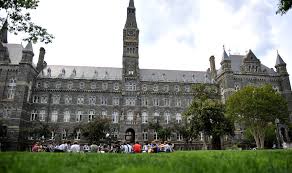 Georgetown University is now the 5th university that has won its case after being sued by plan participants over their 403(b) plan.

In the Georgetown case, plaintiffs alleged that there was a breach because of annuities being included in the plan and for some restriction on transfers. The judge dismissed the case by citing that 403(b) plan were considered a tax deferred annuity, years before they were considered like 401(k) plans.

While the defendants are winning these cases, don’t count the plan participants out. I think courts see 403(b) plans as a different animal and I also think that plaintiff attorneys have become a little lazy because high plan fees doesn’t necessarily mean that plan sponsors breached their fiduciary duty. I think ERISA litigators have to do a better job by exciting what a plan sponsor may do is an actual breach of their fiduciary duty