ConAgra lawsuit shows problems with being a fiduciary

ConAgra lawsuit shows problems with being a fiduciary 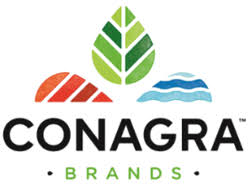 A former participant of ConAgra’s 401(k) plan filed a lawsuit against the company, alleging they failed to adhere to the definitions of compensation and permissible contribution stated in plan documents. It stems from the failure of ConAgra to allow deferrals from a bonus payment received after termination of employment. ConAgra had changed their interpretation (but not their plan document) of the plan and would no longer pull deferrals from a bonus.

I’m not going to bog down on the details of the case, but one important thing that many articles glossed over is that the proposed class action lawsuit, also sues the retirement plan committee and sues the head of human resources personally.

While ConAgra has over a billion in assets, it’s important to show that retirement plan decisions by the decision makers of the plan may involve personal liability by being named personally in a participant lawsuit.