A plan sponsor shouldn’t pay more than they need to

A plan sponsor shouldn’t pay more than they need to 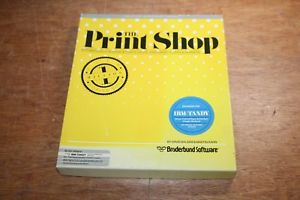 When I was 13 and I had my Bar Mitzvah, I plunked down about $2,000 in 1985 money for a state of the art Apple IIe with a monochrome monitor. One of the first pieces of software I bought was that top desktop publishing software known as Print Shop. I bought it through mail order (yes, there was life before Amazon.com) for about $30 and I remember that my wealthy (at the time) uncle bought the very same program for my cousin for about $60. My uncle really thought nothing of the fact that he bought the very same program at double the price I paid. Sometimes people like to overpay and he never cared about bills which may explain his bankruptcy about a dozen years later.

I have a mantra that I hate to pay retail. I love a good sale. Yet there are some people who thumb their nose at paying at a discount or going to an outlet store. Somehow, it isn’t right for these people to pay less.

The problem is that plan fiduciaries such as plan sponsors and trustees don’t have that luxury. With their fiduciary duty on the line, plan sponsors need to pay reasonable plan expenses for the services provided. Plan fiduciaries can only determine whether the fees they pay are reasonable by shopping their plan to other service providers or by using a benchmarking service. If they don’t shop around and overpay in fees, they may subject themselves to liability from plan participants. It should be noted that plan sponsors don’t have to pick the cheapest providers because often, there is a reason why some providers are cheap.

How to determine whether a plan sponsor is paying way too much? Like Justice Potter Stewart would say, I know it when I see it. I have seen the information shown on Form 5500. Whether it’s the plan sponsor paying a Big 4 accounting firm $54,000 for a limited scope audit or another plan sponsor paying a broker 60 basis points (.60%) on a $14 million 401(k) plan, there are plan sponsors seriously overpaying for services. Plan sponsors need to check their fee disclosures from plan providers and need to shop it around. Simply accepting the fact that they are paying more than my uncle isn’t going to work.