Don’t shake it up so quickly

Don’t shake it up so quickly 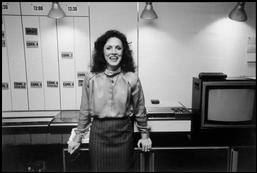 After Lorne Michaels left with the original cast of Saturday Night Live in 1980, they hired Jean Doumanian as Executive Producer who had limited work with the original cast a producer of the show. She along with most of that 1980-81 cast (which included Charles Rocket, Gilbert Gottfried, and Gail Matthius) were fired after 12 episodes.

In my kid’s Hebrew school, the long term and well love Principal left after 15 years over a salary dispute. His replacement decided she wanted to shake things up and she was let go with months left in the school year.

When you’re taking over for a long term provider as their replacement or when you’re taking over for someone where you work, making quick changes when they were respected and beloved could be a recipe for disaster. People who take control sometimes make the mistake that the change in control also means change and it really doesn’t if the predecessor did a great job. Any change should come gradually especially after the honeymoon phase wears out; Making drastic changes curtails the honeymoon period and makes for an awkward time where people may long for the days of the predecessor.