What you can learn from the AAF

What you can learn from the AAF 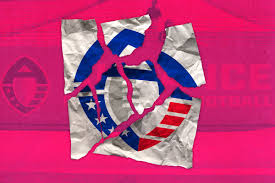 The Alliance of American Football (AAF) tries to be a spring football league that would act as a feeder system for the National Football League. It was a nice idea on paper and they had an app that had some interesting gambling capabilities to it that could have soured serious interest. In addition, they had broadcast deals with CBS.

On paper, it was all great, but they immediately started running out of money. So the founders of the league brought in someone who vowed to spend up to $250 million to get the league rolling and then eventually pulled the plug on the league after spending $70 million in about six weeks.

What could you learn from the AAF? No matter the greatest idea you may have, it doesn’t matter if you don’t have the funding to keep things going.  I’ve seen many great ideas in the 401(k) business that couldn’t achieve critical mass because of a lack of funding.