A majority of plan have automatic enrollment, but some work to do

A majority of plan have automatic enrollment, but some work to do 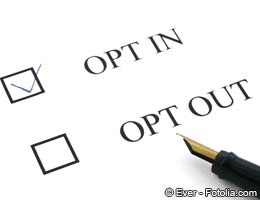 A majority of 401(k) plans supposedly have an automatic enrollment feature. This is what I read in one of the reports from one of these nation 401(k) conferences.

It’s an impressive number since it’s only been 2006 that automatic enrollment has been a part of the Internal Revenue Code. Working for a producing third-party administrator at the time, I suggested that we take a supportive approach of adding the feature and I remember arguing with my friend Richard Laurita who insisted that automatic enrollment would be a public relations nightmare when employees would fight having their paychecks garnished. It didn’t materialize as it’s become more popular.

Getting more people to save for retirement is a good thing and the feature could help with discrimination testing. Where I think more work is needed is that I always saw automatic enrollment as a tool to get participants who are automatically enrolled to actually become actively enrolledby increased deferrals on their own through a thoughtful and engaging process where the participant becomes interested in saving for retirement.  I always saw automatic enrollment as an opportunity to get participants to eventually defer on their own, kind of like training wheels on a bike. I haven’t seen that happen because I still think many plan sponsor and providers fail to really engage and interest plan participants.

Until we improve the enrollment and education meeting process, I don’t think automatic enrollment will be used to its full potential.