The lesson from Steiner Sports

The lesson from Steiner Sports 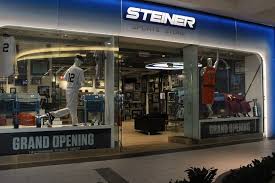 If you look at my office or my den, you’d think I ransacked Steiner Sports since I collect a lot of autographed memorabilia. Steiner Sports was one of the premier sports marketing firms and they were just sold off in a fire sale to Fanatics for just. $10 million in a fire sale. Omnicom bought the company in 2001 for $25 million, so they are taking their loss. 60 Steiner employees are going to be placed on waivers.

What does this have to do with retirement plans? It does in the sense that the demise of Steiner Sports is more of a lesson of business history and how to deal with success and prepare for failure. Steiner Sports made claims of Utah enticing back in the day when any autographs found on eBay were usually fakes. The problem is that this reputation led to memorabilia that was overinflated in price. Steiner thrived in the late 90s because of the Yankees and exclusive agreements with athletes like Derek Jeter, Mariano Rivera, and Mark Messier.

Times were great until they weren’t. The Yankees stopped winning World Series and other companies like Fanatics developed exclusive athlete arrangements. For Steiner, it was a bitter pill that two Yankee stars, Aaron Judge and Giancarlo Stanton we’re exclusive to Fanatics. Steiner developed high-cost partnerships with the Yankees, Syracuse University, and Notre Dame that were money losers. Steiner was an industry leader and then lost its way,

As a plan provider, you always have to be on top of your game and you need to realize that the good times aren’tforever. You must continue to enforce and continue to come up with different methods to reinvent yourself and generate revenue.