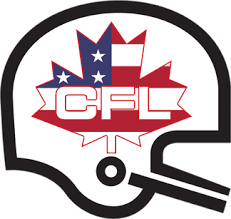 Sports history is littered with failed football leagues: the AAFC, the WFL, the USFL, and the first XFL and that’s just a small list. In one of the oddest episodes in football, league history is when the Canadian Football League (CFL) expanded into the United States in 1993-1955.

What’s odd about is that Canadian football isn’t the same as American football. The Canadians punt on third down and have a 110-yard field, and there is something called a rouge.

The CFL expanded into the United States, not from a point of strength. Most CFL teams in the early 1990s were struggling especially when Carling O’Keefe Brewery withdrew its sponsorship of TV broadcast in the late 1980s. It also didn’t help that in one of Canada’s biggest cities, the Montreal Alouettes folded. Expansion into the United States was considered a necessity to grow interest in the league south of the Canadian border and expansion meant expansion fees that would fill the coffers of team owners that were struggling.

In 1993, the CFL decided to expand into Sacramento and San Antonio, by awarding franchises to owners of the failed World League of American Football franchises in those cities. The planned San Antonio Texans ended up never playing a game thanks to an ownership dispute. The Texans eventually took the field in 1995, but they were the Sacramento Gold Miners that moved to San Antonio.

In 1994, the CFL expanded to Baltimore, Las Vegas, and Shreveport. The Baltimore team were called the Baltimore CFL Colts, but a lawsuit by the Indianapolis Colts forced a named change to the Baltimore Stallions. The Stallions were the only U.S. team that had any success on the field and in the stands.  They played in the 1994 Grey Cup and ended up winning it in 1995. The Las Vegas Posse failed after just one year. In 1995, the CFL added teams in Birmingham and Memphis. Tensions arose between the U.S. team owners and Canadian owners. The U.S. owners forgot it was a Canadian league and demanded changes to make it less Canadian, such as shortening the end zone and changing the league name, as well as ending the quota requirement of Canadian players.

What essentially killed the CFL in the U.S. was the announcement that the Cleveland Browns were moving to Baltimore. That meant the Stallions would have to move since it would be killed in any direct competition with the Browns, who became the Baltimore Ravens. They attempted to move to another U.S. city but ended up becoming the new Montreal Alouettes. It also didn’t help that Shreveport, Memphis, and Birmingham were on the verge of folding. It also didn’t help that the Canadian teams were still struggling. So the plug was pulled on the CFL in the U.S.

The CFL in the U.S.A. was a bad idea because while we love football, we love American football. The Canadian game is a unique game that shares many traits with our version, but enough changes that would confuse the American audience, which already had a glut of American football thanks to the NFL and the NCAA.