Acosta resigns, so what?

Acosta resigns, so what? 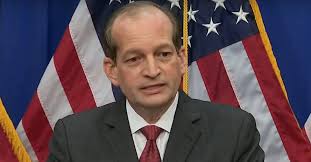 I’m sure that everyone knows that Secretary of Labor Alexander Acosta resigned over the controversy of a plea deal he negotiated as a U.S. Attorney in Florida with Jeffrey Epstein back in 2008.

I’m sure you’ve also seen many articles asking what impact his resignation will impact the Department of Labor (DOL) in the promulgation of a new fiduciary rule and other DOL initiatives. My thoughts are the resignation will do very little. The DOL may change administration to administration, but very little from secretary to secretary. It’s not like Acosta was drafting the new fiduciary rule himself. You have long term DOL officials with the Employee Benefit Security Administration who do the rule drafting, so I don’t see how Acosta resigning will impact the release of another proposed fiduciary rule. Just my two cents, based on ERISA and political experience.