Plan providers and the beauty of a direct fee

Plan providers and the beauty of a direct fee 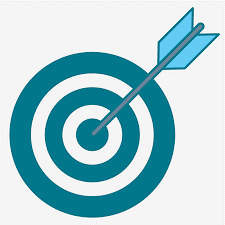 For my first year of law school, I had a renowned criminal law professor. He had a penchant for ties and an odd love for Melrose Place (I was a Dallas guy myself). For his final law exam, the fact pattern for the final exam was based on Melrose Place. I thought I did particularly well and I think I got a B+ (for some reasons, our law school didn’t have minus grades).  I jokingly said that there was no rhyme or reason how he graded his exams that he just threw the exam down the stairs and he would assign a grade based on the step it hit.

When it came to working for a particular third party administrator (TPA), I remember we had a fee for clients terminating our services that we never disclosed nor was ever there a set fee. Our conversion guru would simply go down to our Chief Operating Officer and get a de-conversion fee quote that could be $1,500, $2,500, or $5,000 or anything he felt like. He could quote it based on plan size, whether he liked the advisor or not, or because his stock portfolio wasn’t doing well that day.

There is something to be said about plan providers charging direct fees that the plan sponsor and their advisor could understand and gauge. Even with fee disclosure regulations eventually being implemented one of these days, I believe that some providers will still have fees that plan sponsors will have a tough time understanding what the fees actually are.

I was busy drafting a new service agreement for a West Coast TPA so that they could comply with the fee disclosure regulations (cheap plug). The agreement was easier to draft because their fees were rather straightforward. They had a base fee, a per participant head charge, and an asset-based fee.

I was reading a sample fee disclosure agreement for a TPA that one of the insurance company providers have been sending out. This sample was put out by some pretty reputable ERISA attorneys and to tell you the truth, reading the agreement gave me a headache. The agreement, unlike most agreements drafted by ERISA attorneys, was written in English. What gave me a headache was the different reimbursements that the TPA may be getting from this insurance company. Special programs, special allowances, and special sauce. It’s sort of like Dean Wormer’s “double secret probation” in Animal House. It’s short on details because the TPA has no idea what they will get in these special programs, but scout’s honor, they will use 100% of these special payments as an offset to the fees charged.

I am a very direct person (which works well with clients, financial advisors, and TPAs I work with; managing partners of law firms, not so much), so I like knowing how much in fees that my client might be paying when they sign an agreement with a TPA. I know eventually that a plan sponsor will know how much a TPA working with this insurance company will charge, but I think clients should get direct fee quotes.

I remember when the Enron debacle happened that I never would have invested in Enron because I could not state what Enron did for business in one sentence. The same with TPA fees in their agreements, I would be wary of recommending a TPA where I couldn’t directly state what their fees would be. But that’s just me.