AEW is showing what is wrong with the WWE

AEW is showing what is wrong with the WWE 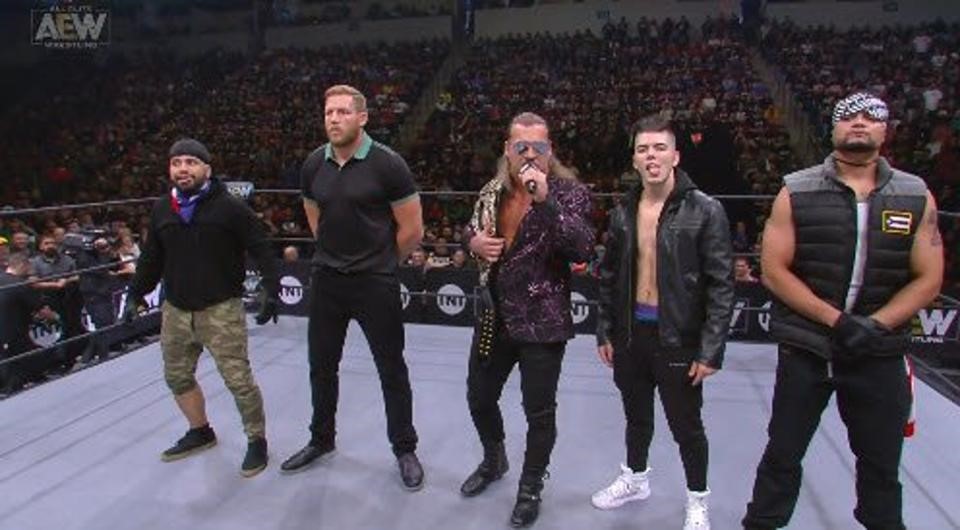 All Elite Wrestling (AEW) premiered on TNT earlier this month and while detractors scoff at their potential, AEW is showing wrestling fans what’s wrong with World Wrestling Entertainment (WWE).

AEW isn’t going anywhere soon when its owner is a multi-billionaire, who owns the Jacksonville Jaguars and a great cable network broadcasting it helps too. What makes AEW a far more interesting watch than WWE Raw and Smackdown because it’s concentrated more on in-ring action than long-winded interviews and nonsensical backstage skits. The action is always in the ring (or around the ring area) and it helps that their fans are hardcore and electric. Unlike previous competitors, AEW’s production values are top-notch and almost on par with the WWE.

The elevation of wrestlers on the AEW is more organic as the audience gets behind them, unlike the WWE who likes to elevate wrestlers that the fans don’t care about (hello King Corbin). AEW is akin to the competition that the WWE hoisted on them, their direct competition on the USA Network, the electric NXT. Wrestling works best when it’s mostly wrestling instead of nonsensical scenes thought up buy failed Hollywood writers with almost no knowledge of the wrestling business.

While I’ve always been a fan of the WWE, I will say that I’m hoping for AEW’s success because competition in wrestling is good as WWE has never been at the same level since they bought their main competition, WCW, in 2001.