I hate most Star Wars fans

I hate most Star Wars fans 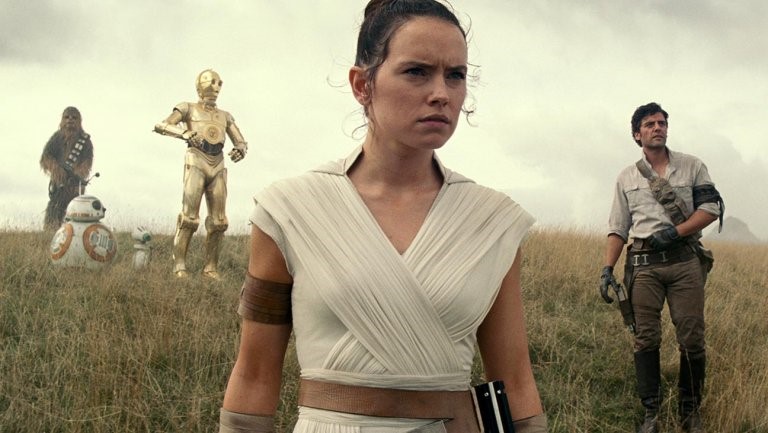 My parents didn’t take me to many movies as a kid (for one reason or another), but they did make up for it by purchasing a VCR when I was 10 for $700 (and the friends who owned the rental store that sold us the machine kindly threw in free lifetime membership for rentals). Yet I was able to see all the Star Wars movies in the theaters as a kid. I collected the figures, wore the clothes, and owned the movies one way or another (VHS, Special Edition VHS, DVD, Blu-Ray, and now streaming). I’m still a Star Wars fan, even reading fiction books (and I usually hate reading fiction).

Yet after the last six movies have been released (not including Rogue One or Solo), I have to say I can’t stand most Star Wars fans and the reason is that I hate the complaining. Star Wars fan who lament how great the first three movies remind me of my aunt’s memories of growing up in Israel in the 1950s. Aunt Miriam would talk about how great life was and the fact that in Israel during those days, times were tough, there was food rationing, and Israel depended on Holocaust reparations made by West Germany. Miriam isn’t remembering things differently; she’s just romancing the time of her youth and neglecting the rough times. Star Wars fans my age romance the initial movies as they were something comparable to The Godfather and The Godfather Part II. The original Star Wars movies were fantastic because in 1977 through 1983, there was nothing else like it. The special effects were unique and still hold up (especially thanks to the Special Edition changes). What made Star Wars great were characters that we could connect with. I think George Lucas forgot that when he made the prequels from 1999 through 2005. Whether he relied on too much in special effects is debatable, I think the problem lies with characters that couldn’t connect with the audience. Hayden Christensen was a poor choice as Anakin Skywalker and Natalie Portman didn’t show her side as an Oscar-winning actress as Padme. People can point out the scripts as the problem, but George Lucas has never been confused with Shakespeare or Tarantino. Yet those prequel movies were entertaining and a great addition to Star Wars lore. Yet so many fans act like the prequel movies were the second coming of Caddyshack II.

When Disney announced they purchased Lucasfilms and intended to make new movies, most fans were happy that Lucas wasn’t involved. Some people claimed Lucas ruined their childhood by making those prequel movies. So when JJ Abrams wrote and directed The Force Awakens, he decided to touch upon the originals by adding some plot points that evoke what people liked about the first films. Then Star Wars fans complained about how The Force Awakens was just a rip-off of A New Hope, which it isn’t. When Rian Johnson wrote and directed The Last Jedi by changing things up, many fans complained that Johnson was subverting Star Wars lore the way Salman Rushdie was considered blasphemous for writing The Satanic Verses. When J.J, Abrams tried to push Star Wars back and tie up loose ends with The Rise of Skywalker, that too was complained about. Maybe I wouldn’t have brought Emperor Palpatine back and make some other plot choices, but those weren’t my choices to make. I’m not involved with the Star Wars franchise and so I didn’t have those choices, I can sit back and critique like every other Star Wars fan. Thankfully, I don’t produce anything with Star Wars because I probably couldn’t deal with the incessant complaints.

George Lucas created a world that entertained me in 1977 and still entertains me today with The Rise of Skywalker and now The Mandalorian. It will probably entertain me until my dying day with new content and new film trilogies. I’m going to be grateful for it and not complain about every little thing. It’s no masterpiece, it’s entertainment.