What Plan Sponsors Need To Know About The SECURE Act

What Plan Sponsors Need To Know About The SECURE Act 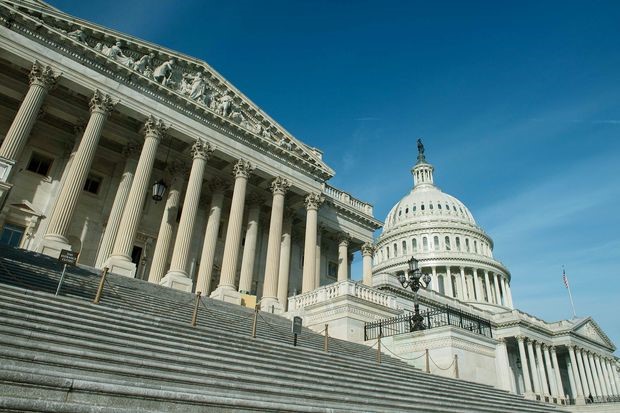 I once had a law school professor who joked that we change the bankruptcy laws to give business to bankruptcy attorneys. So I joke often that the laws concerning retirement plans changes to give ERISA attorneys like me something to do. The SECURE Act which changes many retirement plan provisions were just signed into law with many changes effective in 2020. This article is about what you need to know about the SECURE Act and its affect on your retirement plan.

The most talked-about change concerning the SECURE Act is the “return” of Open Multiple Employer Plans (MEPs). In 2012, the Department of Labor (DOL) opined that multiple employer plans where there was no commonality between adopting employers would not be considered a single plan for Form 5500 and plan audit purposes. Since that time, the DOL has not offered any regulation that would allow for the return of these Open MEPs to be treated as a single plan. The SECURE changes that by providing for Open MEPs through something called a Pooled Employer Plan (PEP). A PEP has to be sponsored by a Pooled Plan Provider (PPP), which is likely to be a financial services company, third-party administrator, insurance company, recordkeeper, or similar entity. The PPP must serve as the ERISA section 3(16) plan administrator, as well as the named fiduciary for the plan. The PPP will have to file their status with the DOL. The PEP provisions are delayed a year and will be effective for plan years beginning after December 31, 2020. While I think this is a great development because it will help increase retirement plan coverage, it might have no bearing on you if you currently sponsor a 401(k) plan and have no interest in pooling your plan assets with other unaffiliated employers because you don’t want to give up control or your plan is large enough where being part of a PEP won’t have any cost savings for you.

The big change is with 401(k) eligibility

Thanks to medical breakthroughs, people live longer. The average life expectancy in the United States is now almost 79 years. So to deal with that increase, the age for required minimum distributions (RMDs) will be increased as well under the SECURE Act. Currently, a participant in your retirement plan is required to begin receiving certain minimum distributions by April 1 of the calendar year following the year in which the participant attains age 70½ or terminates employment, whichever comes later. The SECURE Act increases the required minimum distributions (RMD) age to 72. This change applies to both defined benefit plans and defined contribution plans and is effective for participants who turn 70½ after December 31, 2019.

Changes to Post‑Death RMDs, the Stretch is Gone

Safe harbor plans which have been effect since 1999 can allow you to avoid adverse 401(k) discrimination testing results by providing a minimum, fully vested contribution to your participants. Under current law, safe harbor 401(k) plans that provide the 3% nonelective contribution to participants must provide annual safe harbor notices to covered participants. The SECURE Act will eliminate that notice requirement. It will also permit a 401(k) plan to elect into the 3% nonelective safe harbor at any time up until 30 days before the close of the plan year. Previously, you had to make that choice before the beginning of the next plan year. Also, the SECURE Act will permit a 401(k) plan to elect into the nonelective safe harbor even after the 30th day before the close of the plan year as long as (1) the amendment to adopt the nonelective safe harbor is made by the end of the following plan year, and (2) the nonelective contribution is at least 4%. This change is effective for plan years after 2019. If you’re considering to adopt a 401(k) safe harbor provision in 2020 and beyond, you have greater flexibility and you can now wait until later in 2020 or even into 2021 to make that decision. Just keep in mind that these changes have no affect if you maintain a matching safe harbor plan.

Speaking of people living longer, there has been a renewed push to allow for more use of annuities within defined contribution plans, such as your 401(k) plan. The SECURE Act will require plan benefit statements to include an estimate of the monthly income a participant could receive in retirement if a qualified joint and survivor annuity or a single-life annuity were purchased. These estimates must be provided at least annually and regardless of whether any annuity distribution option is offered under the plan. Also, the SECURE Act provides for a new safe harbor that allows defined contribution plan fiduciaries to rely on in selecting lifetime income investment providers to make available as an investment option or a component of an investment option under the plan. That means that if you satisfy these requirements and qualify for the safe harbor, you would be shielded from liability from participant losses in the event of the annuity provider’s inability to pay the full benefits when they are due.

The SECURE Act raises the late filing penalties for Form 5500. The late filing penalty for failing to file a Form 5500 is increased to $250 per day, capped at $150,000 (increased from $25 and $15,000, respectively). The increased penalties are effective for returns and filings due or required to be provided after December 31, 2019. To avoid these increased penalties when you failed to file, you can still apply with the DOL’s Delinquent Filer Voluntary Compliance Program.

Child Birth or Adoption Distributions up to $5,000