Yeah, Jeter wasn’t a unanimous choice, so what?

Yeah, Jeter wasn’t a unanimous choice, so what? 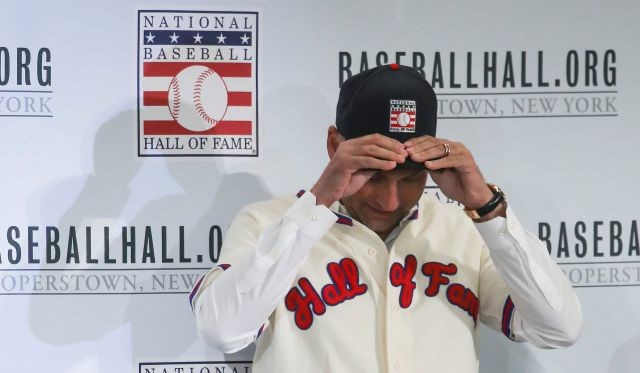 They will tell you that football in this country is king, but yet I never hear any debates about the Pro Football Hall of Fame. The Baseball Hall of Fame in Cooperstown has been around longer and the voting process is far more transparent. So transparent that most writers now make their voting public, so we can make educated guesses as to who will be elected.