Shell gets sued over their 401(k) Plan

Shell gets sued over their 401(k) Plan 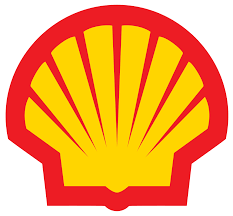 Shell Oil, along with Fidelity is the target of a class action 401(k) lawsuit. As typical with a suit against a large billion-dollar 401(k) plan, plaintiffs allege that Shell failed to use the multi-billion dollar 401(k) plan’s bargaining power to benefit participants and beneficiaries in the form of lower recordkeeping and asset management fees.

The lawsuit also claims that Shell allowed Fidelity (the plan’s recordkeeper) to use plan participants’ highly confidential data, including Social Security numbers, financial assets, investment choices and years of investment history to aggressively market lucrative non-plan retail financial products and services, which enriched Fidelity at the expense of participants’ retirement security. The lawsuit also alleges that Shell has retained more than 300 designated investment options in the plan, “most of which are Fidelity’s proprietary mutual funds.

Change the neglected part of automatic rollovers with FPS

You have to deal with schnorrers, but draw the line