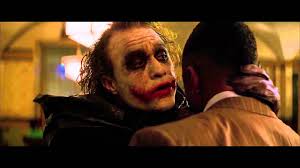 Years ago, I had the worst call with a prospective client in the 22 years I have been an ERISA attorney.

This 401(k) plan sponsor was like many prospective clients, poor participation, and paying too much in fees. The plan sponsor was using a reputable provider, but a provider that would be a better fit for plans 10 times their size. The client was paying $100 or so a head plus what looked like an additional 3% in an asset-based fee. This is a plan that was paying way too much.

Why the call was such a disaster was because the plan decision-maker/human resources pro on the call was the one who designed the program with this expensive provider and he stated that he had no interest in changing providers.

So why was this underling in the human resources office so serious? Well, if he designed the program and we have issues with its cost or poor fund lineup or poor participation, he is obviously going to take any criticism as an attack. While plan fiduciaries don’t necessarily have to change their providers, they certainly have s fiduciary duty to check whether fees being charged are reasonable or not.

I know what I know in life, but if I made a technology decision or a financial decision that an expert may question or offer suggestions for it, I’m not going to take offense. But then again, I’m on my boss.

So if we are a plan provider or a plan sponsor’s decision-maker, we should understand that sometimes people are so resistant to change or just considering so constructive criticism, because they get defensive. After all, they created that mess. That’s why the human resources director ar my old law firm wouldn’t look at me anymore when I would bump into her in public because she became fodder for so many of my articles.

That is why we should always consider who we contact about looking at their plan and doing a review. If the plan is a mess, we might be talking to the people that caused it.