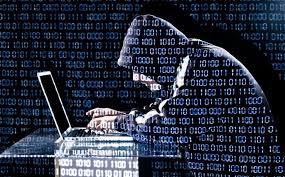 The Matt Hutcheson and Jeff Richies of the world that steals from 401(k) plans where they are the fiduciary will ultimately get caught because when you steal millions, the plan sponsor and other plan providers will notice.

Someone stealing from a participant account can steal a little over time and it might be years before it’s discovered. A federal grand jury just indicted someone on charges that he fraudulently obtained access Boeing employees’ retirement accounts. The man is accused of stealing this money by making hundreds of thousands of dollars’ worth of fraudulent money transfers to himself.

Hoa Vo, 30, whose aliases include “Hoa Thanh Tran Vo” and “Andy Vo,” of Santa Ana, is charged with three counts of bank fraud and one count of aggravated identity theft.

In 2019, Ho Vo obtained the personal identifying information of Boeing employees and information about their retirement accounts. Vo then allegedly made fraudulent withdrawal requests for checks and electronic money transfers totaling hundreds of thousands of dollars from the VIP accounts of various Boeing employees. Vo then placed holds on these employees’ mail with the United States Postal Service.

Once the mail was held, Vo then intercepted the mail by picking it up at the local Post Office. Vo obtained approximately $360,847, the indictment alleges.