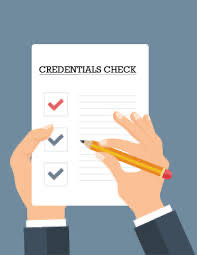 After Hurricane Sandy decimated my house with five feet of water downstairs, I needed to replace our hot water heater and furnace. My plumber got us a new hot water heater, but couldn’t find a new furnace. A neighbor had a friend who was an HVAC contractor in Rockland County who could get us a furnace. This contractor claimed that his Rockland County HVAC license allowed him to work in Nassau County because they didn’t license these types of contractors. Since the goal was to get back in the house as quickly as possible, we hired him based on his word.

After this HVAC contractor stiffed us out of the air conditioner condenser as contracted, we discovered that his contractor lied.  He needed a license out here and all the work he did out in our neighborhood was illegal. Had he been licensed in Nassau County, getting the money back for the condenser wouldn’t require a small claims action.

Not hiring a licensed contractor is our poor luck and we bear the burden of that.

When you’re a retirement plan sponsor, you don’t have the luxury of lamenting about that mistake, you’re on the hook for hiring professionals who lie about their credentials because you had a fiduciary duty to check them out. If you hire a TPA who lied about their experience or a financial advisor who isn’t registered, well you’re on the hook for breaching your fiduciary liability.

That’s why this industry had someone who claimed he was an independent fiduciary because he told us he was one. This fellow built a name for himself; did a heck of a lot of promotion, but this fiduciary had “no clothes”. His claims about his experience were either exaggerated or fraudulent.  He probably was able to get away with a lot of his crimes for so long because no one (except for a few reporters) was able to expose his inflated and fraudulent credentials. Unfortunately for many plan participants, that came too little, too late. Matt Hutcheson is still sitting in federal prison for his crimes.

I am an ERISA attorney for almost 22 years, admitted to practice in New York, but don’t take my word for it, check it here.  Even if you hire me because of my no nonsenseflat fee approach to retirement plan law, you should check it out.