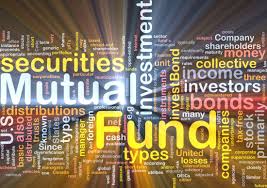 I always say that I come up with many ideas, but most of them are bad. Seriously, there are so many bad ideas out there in the 401(k) space and one of the really bad ideas out there are bundled plan providers using their own, expensive proprietary funds for their own 401(k) plans. If you think ERISA litigators are sharks, then consider the provider’s proprietary funds are blood in the water.

Bundled providers are in the 401(k) plan business and a good chunk of their business is their own proprietary funds. Let’s be honest, the reason that so many mutual fund companies serve as a bundled provider because being a provider is a great mechanism to distribute their own funds. The problem is that when you have bundled providers who don’t have a sterling reputation as a low-cost mutual fund like Vanguard or reasonably priced like Fidelity, there is going to be an issue especially if the provider is an insurance company.

The point here is that if a bundled provider is going to use its own proprietary funds in their plan, a cost is one of the most important considerations as well as the rate of return if the funds are actively managed.