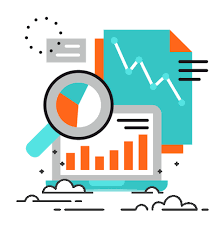 I had a contractor work on my house for a couple of projects. Frank installed a new front door, installed a garage, re-did the sheetrocking of a few rooms, and installed a new kitchen. We thought he was dependable and would never believe that he would take advantage of us.

As part of mold remediation, we had to sheetrock the den. I thought the job was about $9,000 to $10,000. Frank wanted $14,000. I thought it was high, we found another contractor who would do it for $9,000. We would never know we were paying too much unless we benchmarked Frank’s proposed fee. Who knows how much we overpaid on the other projects?

Competing plan providers hear it all the time from prospective clients all the time, how their current provider would never overcharge them. Unless a plan sponsor benchmarks the fee they are being charged (which is their fiduciary duty to do so), how will they ever know?

Overpaying Frank was our mistake and we’re out money, overpaying your plan providers is a breach of fiduciary duty and possible liability from plan participants.