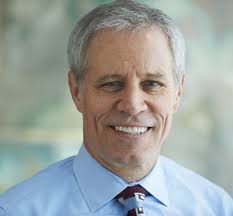 Being an ERISA litigator isn’t as easy as one may think. For class action lawsuits, you’re fronting money with the hopes of getting a large settlement in a class action. You’re pushing novel legal theories and sometimes, the court pushes back.

That lawsuit alleged that fees charged by Great-West via its Empower Retirement record-keeping business violated the Investment Company Act’s section that prohibits fees “so disproportionately large that (they) bear no reasonable relationship to the services rendered and could not have been the product of arm’s length bargaining.”

Judge Arguello threw out that case and hit Schlicter’s firm with sanctions because she said the plaintiffs relied entirely on the opinions of one expert that both the court and defendants had warned were factually inaccurate. Despite that, Schlicter’s firm and plaintiffs went to trial relying solely on this expert as the only means of calculating damages suffered. According to Judge Arguello, the witness was “thoroughly discredited” on the witness stand.

I am not a litigator, but I know that sanctions asked by one party aren’t usually approved by the Judge based on the view that each party should bear its legal costs. Schlicter’s firm must have irritated the Judge so much with a case she thought was frivolous, that she wanted to send a message on how trivial she thought this case was. Of course, expect Schlicter’s firm to appeal.