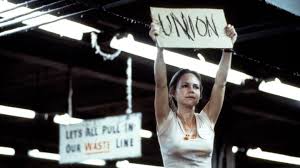 The Peter Principle is a management theory concept in which the selection of a candidate for a position is based on the candidate’s performance in their current role, rather than on abilities relevant to the intended role. So the theory goes that managers will rise to the level of their incompetence so they only get promoted until the point where they can no longer work effectively.

I have developed my management theory: I call it the Norma Principle. It’s the theory that many small to medium-sized companies inexplicably favor an employee or group of employees that are actually incompetent.

There are many reasons why that employee or group of employees is favored: it could be nepotism, a warped view of loyalty, or becoming friends with the employees.

A perfect example of the Norma Principle at work was at the very first job I ever got. I was a lowly ERISA attorney working for a law firm associated with a third party administration (TPA) firm. That TPA had many excellent administrators, but for some reason, my boss loved this guy Orville who worked for this TPA. Orville was a nice guy, but a terrible employee. He was a terrible office worker. Then they made him a computer tech guy and he knew less about computers than my late grandmother. Then they made him an employee in the distribution department. Orville almost made a distribution to a former 401(k) participant of $30,000 when they only had an account balance of $18,000. That was a problem. The person in charge of the 401(k) practice actually had to call my boss to ask for permission to fire Orville when many employees were fired for a lot less.

I’ve seen employees favored because they were actually incompetent and that made the chief operating officer look competent, the last thing he wanted was employees that threatened him with their competence that made him look bad.

I’ve seen employees who were favored because of nepotism. The law firm associate whose father was a big-time partner made partner himself even when he asked whether the law firm I was working at in Boston had a computer system that allowed the backdating of documents.

The employees who should be favored are the ones that do their best, the ones you can trust, and the ones that represent the best value to your organization. The “Norma” in the Norma Principle tends to be incompetent; they tend to backstab fellow employees, and will do almost anything to protect their spot.

To be a good boss, you need to have empathy for your employees. Employees who recognize that there is an employee that is favored not because of what they know and whom they know are going to be resentful and that is going to hurt morale. So the lesson is never to hire a “Norma”, you can hire someone named Norma as long as they are not a “Norma”.