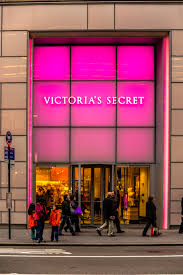 A former participant in the L Brands 401(k) Savings and Retirement Plan is suing the plan sponsor for breaching their fiduciary duty under the Employee Retirement Income Security Act (ERISA) by allowing excessive fees for recordkeeping and investments. L Brands is the parent company of Victoria’s Secret and Bath and Body Works.

The lawsuit notes that the 401(k) Averages Book shows the average cost for recordkeeping and administration in 2017 for plans that were much smaller than L Brands’ plan was $35 per participant, while participants in the L Brands plan were paying $56 per participant.

The plan has approximately $1.6 billion in assets and 33,761 participants.

The lawsuit also alleges that from 2014 through 2019, the plan paid out investment management fees of 0.38% to 0.46% of its total assets, higher than the average of 0.28% for plans with more than $1 billion in assets. The lawsuit also accuses plan fiduciaries of failing to use the least expensive share classes for mutual funds on the 401(k) plan’s investment menu.

I find these cases are a fill in the blank type case where it merely alleges that the plan costs are higher, but they still have to prove that paying higher fees was an actual breach of fiduciary duty.