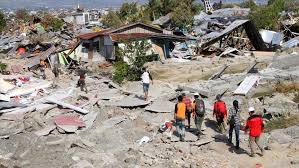 The Consolidated Appropriations Act, 2021 signed into law by President Trump, also provided relief to distributions from a retirement plan as a result of a declared disaster.

In addition, the Act permits qualified individuals to delay the repayment of loans, including previously made loans, for one year if the payment due date occurs during the period beginning on the first day of the incident period and ending on the date which is 180 days after the last day of the period. Any subsequent repayments will be adjusted to reflect the delay and any interest that accrued during the delay.