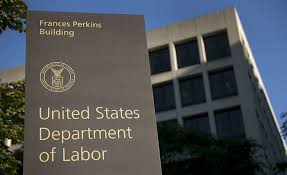 When a plan sponsor has a late Form 5500 to file, one of the great things out there is the Delinquent Filer Voluntary Compliance Program (DFVCP). It gives the plan sponsor the opportunity to pay reduced civil penalties for voluntarily complying with the annual reporting requirements. The problem with the DFVCP is that it still doesn’t mean the end of the hassle of a late Form 5500.

A plan sponsor can file under the DFVCP program, pay the penalty, and still get hassled because the government is a little slow to identifying plans that file under the program. Filing under the program may not stop the Department of Labor and especially the Internal Revenue Service, from sending out a penalty letter for a late Form 5500 a month later. With government, sometimes on hand doesn’t know the other, so a plan sponsor may still have to fight a penalty letter.

I have a client who filed under the DFVCP and then received a letter from the Internal Revenue Service with a close to $100,000 penalty. Now they had to pay for me to send documentation to have that penalty waived. So while it’s a great program, there may be some hassle along the way.