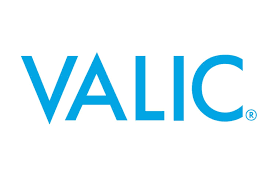 One of the most annoying parts of being an ERISA attorney is dealing with surrender charges for clients who want to escape an insurance provider before the contract is up.

In 2018, VALIC was hired by the plan sponsor to maintain the plan on VALIC’s retirement platform by entering into an agreement with VALIC whereby it would provide administration, individual services and investment products.

The contract was an annuity contract selected by the plan sponsor for which VALIC serves as the issuer and contract recordkeeper of the assets invested under the contract.

Less than 2 years later, the plan sponsor decided to terminate the plan’s contract with VALIC and select a successor plan service provider.

VALIC informed the plan sponsor that there was a 5% surrender charge on transfers out of the contract on amounts contributed in the previous 60 months, which would effectively cover all assets to be transferred by the plan. Only VALIC is expressly authorized to waive the surrender charge.

In August 2020, all plan assets were transferred from the VALIC platform to the successor service provider’s platform. A surrender fee of $20,703 was retained by VALIC, representing approximately 4.5% of the pre-fee account balances.

This should be an interesting case because VALIC certainly has surrender charge language in their contract (every insurer does that imposes a surrender charge) and unless a federal judge says that such clauses violate ERISA, I’m not sure how far this survives a motion by VALIC for summary judgment.