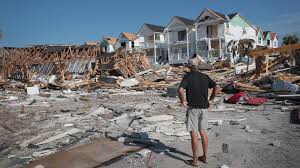 On December 27, 2020, President Trump signed the Consolidated Appropriations Act of 2021 (the “Stimulus Act”), which not only gives taxpayers another stimulus payment but changes to retirement plans, including qualified disaster distributions.

The law also allows plan sponsors to amend their plans to grant participants the special right to recontribute any hardship distributions initially taken to purchase or construct a principal residence in a Qualified Disaster Area if those funds were not used for such purposes due to a Qualified Disaster. To qualify for this right: (1) the hardship distribution must have been received no more than 180 days before and within 30 days after the Qualified Disaster incident; and (2) the repayment must be made no later than June 25, 2021, to an eligible retirement plan in which the individual is a beneficiary and for which rollover contributions of such distributions are permitted.

The law also allows plan sponsors to increase their retirement plan’s loan limits to allow Qualified Individuals to receive plan loans in amounts up to $100,000 or 100% of the present value of his or her vested account balance, instead of the $50,000 and 50% vested account balance limits that normally apply under the law. Further, a plan may provide that repayments of a Disaster-related Plan Loan may be suspended for a period of up to one year or up to June 25, 2021, if longer, if repayment of such loan normally would be due during the period beginning on the first day of the disaster incident period and ending 180 days from the last day of such incident period. The is similar to the COVID-related loans allowed under the CARES Act.