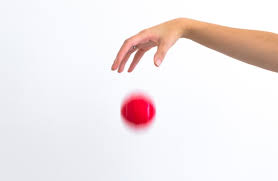 One of the problems with being a plan sponsor is trying to make sure that when it comes to the interaction and work of plan providers that the “ball” isn’t dropped. The problem for the plan sponsor, most of the time, they don’t know there is an actual “ball”.

The “ball” that seems to get dropped a lot is when plan sponsors haven’t updated in quite some time. I have seen this problem more often these days and I’m surprised by that. Every 5-6, years, a plan sponsor has to update their plan documents and every year or two has to execute an ancillary plan amendment. Some will say that this Internal Revenue Service requirements are to fee us ERISA attorneys, but it’s also to make sure that the plan document had the language to conform to current law.

Too many times, you have a third-party administrator (TPA) who rarely looks at the plan document to make sure whether it’s up to date because most of the plan provisions are listed on the recordkeeping software. I once joked at some of the TPAs that I worked at, that if you wanted to hide something from a plan administrator, you should hide it in the plan document file (thanks to Chris Rock for inspiring the joke).

There are so many reasons that a plan sponsor doesn’t get the plan document updated such as when the TPA doesn’t draft plan documents or assumes another plan provider (such as an ERISA attorney) has the responsibility.

Part of the problem is that the plan sponsors don’t keep all the copies of all of their plan documents, so there is mass confusion whether a particular restatement or amendment was done because there have been a few TPA changes over time.

Regardless of who is to blame, it’s always the plan sponsor’s blame. A plan sponsor should keep copies of all their plans and consistently ask their TPA or ERISA attorney whether their plan documents are up to date. Heck, my Retirement Plan Tune-Up plan review (cheap plug here) does a pretty job of that.

Regardless, the plan sponsors need to know about the plan document “ball” and that it shouldn’t be dropped.

Most defined contribution plans such as a 401(k) plan must be restated by July 31, 2022, make sure the ball isn’t dropped.