Bigger is not better for your competition

Bigger is not better for your competition 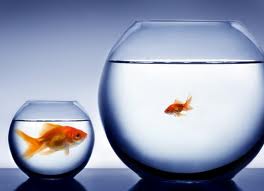 Bigger is not better. At least I think so since I come from the school of less is more.

While there is consolidation in the retirement plan business and you may be concerned that the competition is getting bigger and bigger and you stand pat, don’t fret. Mergers and acquisitions have their bumps in the road and with providers getting larger and larger, they may no longer be competitive in the market sector that you’re in. Larger providers are going to want to focus on the most profitable portions of their business and cut back the portions of the business that isn’t.

In addition, mergers lead to a cut back in staff where there is a redundancy, which may allow you to find talent in the retirement plan space that has been put on waivers.

I think being a smaller player than the large giants may allow you to be more nimble and successful in picking up plans that some of the larger providers might be shedding.