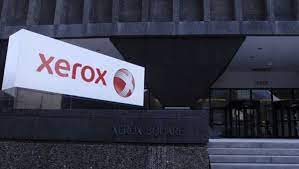 I’m old enough to remember when a photocopy and Xerox were considered the same. Xerox was a brand like Band-Aid. These days, their luck is far worse, including now an ERISA lawsuit.

The lawsuit claims that Xerox had used its in-house recordkeeper and passed Xerox’s fees on to the plan’s participants. Xerox HR Benefit Services, a wholly-owned subsidiary of Xerox, was hired as the plan’s recordkeeper in 2013, with higher average fees than what the market dictates.

The lawsuit claims that under Xerox HR Benefit Services, recordkeeping expenses in the plan more than doubled from $54 per participant in 2013 to $136 by 2019. Xerox’s recordkeeping business was spun off into Conduent Human Resource Services in 2017, and Conduent was the plan’s recordkeeper until 2021. When you’re a large plan and you are delegating plan services to affiliated companies you have interests in, expect to be sued.