Some thoughts on 20 baseball stadiums

Some thoughts on 20 baseball stadiums 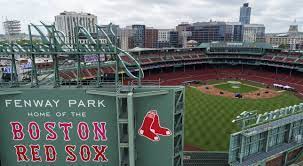 Houston’s Minute Maid Park, the site of That 401(k) Conference will be the 20th Major League Baseball Stadium I’ve been to. That means 20 of the current stadiums, so that doesn’t include places like Shea Stadium, or Yankee Stadium I. It means I have 10 left with the hopes I can get to 5 in 2022 and maybe 5 in 2023.

Some observations of my stadium travels:

1.    Until I was 25, I never was at a non-New York Stadium (Fenway was the first, followed by Angels Stadium the following years).

2.    As a kid, I just remember how bad stadium concessions were. It took them a long time to realize that there was money in good food.

3.    When it comes to beer, I’m a beer snob. I’ll never understand why people buy a can of beer when a draft is available.

4.    Trying to be impartial here, CitiField is my third favorite stadium. Fenway and Wrigley are higher on the list.

5.    It’s amazing how much cheaper tickets are to games, outside of New York.

8.    I find that higher ticket prices mean fewer obnoxious fans in the stands. There is a huge difference in Bleacher fans in Fenway between 1997 and 2018. I grew up at a time when Shea Stadium had no choice, but to create alcohol-free sections.

10. The new Yankee Stadium doesn’t do it for me. All that history, and it feels like a giant, concrete slab.