The former employee has an axe to grind

The former employee has an axe to grind 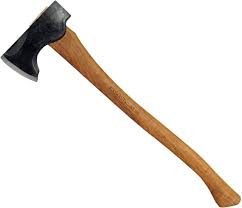 Someone I know was let go during COVID in April 2020. Thankfully, they were reemployed rather quickly since they had an outstanding job offer that they didn’t reject.

With a decent 401(k) account balance, they asked for and received a rollover distribution that July. The weird thing is that after 2021 began, they got a letter from one of these rollover companies that they were a missing participant and they were due over $3,000. It was rather odd since they never were a missing participant as the former employer was able to process a distribution request just 6 months earlier.

What infuriated this former employee is that this rollover company was going to charge $30 for the distribution. This former employee did what people who are educated about this business do, they went to the Department of Labor. For six months, this matter was investigated and it was clear that this employer made many mistakes, including never furnishing a summary plan description or blackout notice when the third party administrator was changed. In the end, the employer got a slap on the wrist, but not it’s what I called, “tickled into the system.” That means they are on the radar for the Department of Labor, and no one in their right frame of mind, should want that. All this because a former employee was aggrieved about how they were treated during COVID. It’s the former employees you have to worry about.