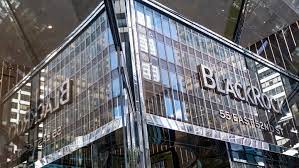 With a push for fixed income products, there is n shock that  BlackRock is putting annuities in American workers’ 401(k)Plan.

The investment giant said five employers have signed up for a new retirement product that will allow workers to lifetime annuity payments.

BlackRock’s offering is interested because there are a major asset and isn’t an insurance company; the annuities in its plan will be issued initially by insurers Brighthouse Financial Inc. and Equitable Holdings Inc. The annuities will be part of a new series of BlackRock target-date fund offerings.