You can’t get paid more than you’re contracted to

You can’t get paid more than you’re contracted to 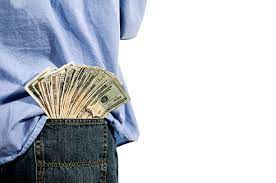 It happened three years ago and I still can’t make sense of it. Where I come from, we call it chutzpah. The third-party administrator (TPA) of a 401(k) plan that I was serving as an ERISA §3(16) administrator overpaid the ERISA §3(38) fiduciary, 4 times what they were supposed to pay (paying the annual basis point each quarter, rather than just a quarter of the annual basis point fee). Rather than returning the overpayment (as I did when the TPA paid me the advisor’s fee one quarter), they wanted me to reimburse the plan. I told the §3(38) advisor that the simplest solution was to return the fee, but this advisor switched firms. Rather than taking my advice, the advisor went to the plan sponsor, to have the plan sponsor send me an e-mail, demanding I should pay for this fee overpayment. I simply replied that it was a prohibited transaction for the advisor as a fiduciary to accept a fee higher than they were contracted for and it was a prohibited transaction for the plan sponsor to pay it. I don’t make threats, but I told the advisor and plan sponsor that if the overpayment wasn’t returned, there was going to be a complaint made to the Department of Labor.

If you are a plan provider and you receive an overpayment, you simply just can’t put the money in your pocket and call it a day. You can’t get paid more than you are contractually entitled to, especially if you serve in a fiduciary capacity. If you’re a TPA, you still can’t do that. An overpayment is not manna from heaven, it’s likely coming out of the pockets of plan participants that you swore to serve.