This case will be the mother of all battles

This case will be the mother of all battles 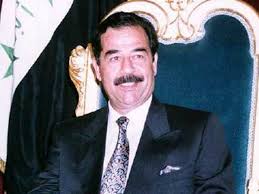 With so many fee litigation cases over the last few years, I was concerned that the Federal court was getting sick of cases where plaintiff’s attorney just merely pleaded that the costs of the plan were too much and. it was a breach of fiduciary duty. A case coming up for the Supreme Court may change everything.

The Supreme Court recently will hear  Hughes v. Northwestern University. The certiorari petition for the case phrased the question presented as: “[w]hether allegations that a defined-contribution retirement plan paid or charged its participants’ fees that substantially exceeded fees for alternative available investment products or services are sufficient to state a claim against plan fiduciaries for breach of the duty of prudence under ERISA.”

The district court threw out the case, and the Seventh Circuit affirmed.

The Seventh Circuit stated that ERISA does not require a sole recordkeeper, and there is “nothing wrong – for ERISA purposes – with plan participants paying recordkeeper costs through expense ratios” under a revenue-sharing agreement.

As for the excessive investment management fee claim, the court emphasized that Northwestern had provided the plans “with a wide range of investment options” and offered “prudent explanations for the challenged fiduciary decisions.”

If the Supreme Court affirms, expect a major slowdown in class action lawsuits.