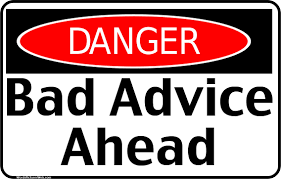 A financial advisor called me and asked me if there was a problem that an insurance policy paid by a 401(k) plan had the policy in the name of the participant. Considering it was a plan asset, I thought so. If the participant is a plan fiduciary, a government agent could get the wrong idea that a prohibited transaction was committed.

Poor advice to plan sponsors on the smallest details could give the wrong impression to a government auditor. I will never get the actuary who told a plan sponsor client that it was no problem to issue a check from a defined benefit plan to a plan sponsor’s subsidiary, reasoning that the owners of the company were getting the bulk of the benefits under the plan. Well, the Department of Labor assumed the worst (embezzlement) and the actuary never provided 20 plus years of valuations that would detail the benefit owned to the owners of the plan sponsor.

There is nothing worse than giving bad advice that leads to wrongful impressions by a government agent.