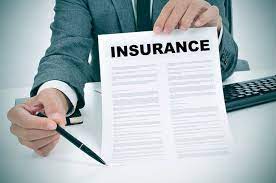 A friend of mine who is a financial advisor asked me about a third-party administration (TPA) firm never where I live on Long Island. My friend has this prospect with a defined benefit plan handled by this TPA.

The name of the TPA brought a smile to my face and I quickly gave him a call. While I was the Director of ERISA Legal Service at a medium-size producing TPA in New York City, I did an interview at this TPA in question when my son was born almost 16 years ago.

The owner of the TPA interviewed me and said that the TPA I worked for was not in the TPA business, but in the asset gathering business (they were a producing TPA) and he was in the TPA business. He advised me the position would pay the same as my current job, but I would actually report to a paralegal as my supervisor. The owner of the TPA advised me that they battle quite a bit with the Internal Revenue Service (IRS) because they tend to push the envelope in plan design. Between the lack of a pay increase and the fact that the company appeared to be small potatoes, I politely declined the job offer.

So I remarked to my boss that an age 35 retirement age in the food industry is unreasonable. I stated that it would be reasonable if it was a pension plan for Major League Baseball Players. Actually, a financial advisor who works with athletes proved me wrong, he said their retirement age is 42.

As it turns out, many advisors and other TPAs told me that the TPA on Long Island is really an insurance mill. All the plans are fewer retirement vehicles, and more like insurance holding entities. So while my firm was in the asset gathering business, the owner of that TPA was in the insurance selling business.

It is no surprise that the IRS has been cracking down on abusive insurance-funded, retirement plan vehicles. Right now, I have a client being audited by the IRS over a special trust in a defined benefit plan that used to be a client of that TPA.

Sometimes in life, the best choice in life are the decisions you made by rejecting an offer.