Dumb questions I got working at a TPA

Dumb questions I got working at a TPA 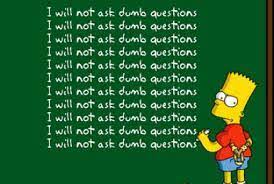 People say that there are no stupid questions. Apparently, those people never worked for my old third-party administration (TPA) firm. Here are the 5 stupidest questions I was asked while working as the Director of ERISA Legal Services for that TPA named later.

5. A 401(k) plan administrator asked why I thought it was inappropriate to reconcile a daily valued 401(k) plan on a quarterly basis.

4. Another 401(k) plan administrator asked me about the non-resident alien exclusion, where you can exclude non-resident aliens who receive no U.S. source income from the retirement plan without an effect on the Section 410(b) coverage test. The administrator then asked if that exclusion included Puerto Rico (of course Puerto Rico is a U.S. commonwealth). When I told him about Puerto Rico’s status and that they use dollars, he asked me if they use Puerto Rican dollars.