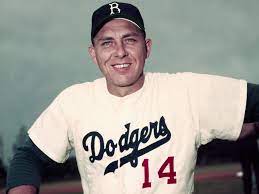 Baseball is the National Pastime. While the Super Bowl gets the plum television ratings, no one argues much about who belongs and doesn’t in the Professional Football Hall of Fame, but we do for the baseball Hall of Fame.

As a kid from Brooklyn, everyone knows about Gil Hodges. He was a kid from Indiana, who ended up in Brooklyn as a Dodger and never left, even when they moves to Los Angeles, probably because his wife was from Brooklyn. Gil was an original Met in 1962 and managed the Miracle Mets in 1969 to a World Series win.

Gil had a Hall of Fame career and was treading around that 50% vote limit for the Hall of Fame when he needed 75%. The problem is that Gil died of a massive heart attack at age 47 before the 1972 season began. While people like Phil Rizzuto was around to campaign for himself with the Veterans Committee, someone with a superior career like Gil, couldn’t. While the Hall of fame didn’t honor Gil, Brooklyn and New York City did. Gil still has a little league team, an elementary school, and a bridge between Brooklyn and Queens named after him. Luckily, he finally was elected to the Hall of Fame by the Golden Days Committee and despite Gil dying less than a month before I was born, I was so ecstatic that he got elected, as well as Tony Oliva, the guess of my Minneapolis conference back in September.

50 years after he should have been elected, but finally elected.