Rich was wrong about auto enrollment

Rich was wrong about auto enrollment 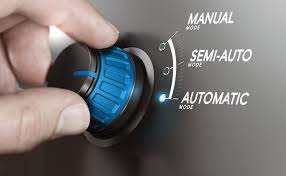 I had the opportunity to work with Rich Laurita for almost 10 years at two third-party administration firms (TPAs). He was like the brother I didn’t have because I adored him and he would bust my chops and I would bust his. He was the greatest TPA salesperson I know. Richa was great as a salesperson because he knew the key to selling was developing relationships. I used to joke that Rich couldn’t spell 401(k).

One of the fights that Rich and I had was over automatic enrollment. When it was finally part of the law, thanks to the Pension Protection Act of 2006, I pushed our producing TPA to push it. Rich disagreed and since he was in the relationship business, he was worried that plan sponsors would be accosted by angry employees who wanted their 3% of salary back after being automatically enrolled. I disagreed, I said most employees wouldn’t notice and as an employee then, I knew so many that would be upset, wouldn’t say anything because they are passive-aggressive.

According to a study conducted by Fidelity, 91% of employees whose companies auto-enroll them in their workplace 401(k) don’t out. It’s a 401(k) participation rate that is much higher than among employees who have to opt-in. That. is why I encourage any plan to offer it and plan providers to push it.