The older I get, the more I’m like Larry

The older I get, the more I’m like Larry 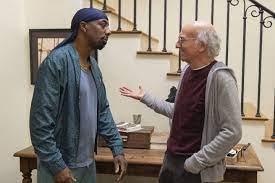 I’ve been a fan of Curb Your Enthusiasm since day one and in some way, I enjoy it more than Larry David’s prior sitcom called Seinfeld. Larry as Larry David has no filter, he will say things that we think.

I will say that the older I get, the more I am becoming a lot like Larry. I wouldn’t say that I have no filter in speaking to people, but things are starting to become more annoying to me than they did before and I would suggest that COVID has probably exacerbated it.

Season 11 is coming to an end and the only hope I have is that there will be more.