The problem with SDBAs are still there

The problem with SDBAs are still there 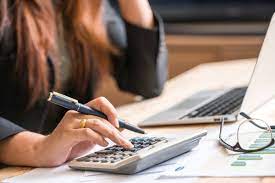 The federal Thrift Savings Plan will allow participants to allocate some of their assets through a self-directed brokerage account (SDBA) this summer.

SDBAs are popular among larger plans and small to medium-sized plans that belong to professional firms. While half of the large plans now offer SDBAs to plan participants, less than 3% of participants in a given plan make use of the brokerage window. It’s usually the high earners that want it and some of them want their advisor to help handle the investments in the SDBAs.

I know I’m talking to a wall when I say that SDBAs aren’t a great idea since participants as a whole, do better with the core fund lineup than they do with their directed investments in an SDBA. I don’t have the numbers to back it up, but it’s just based on a hunch.

SDBAs can lead to increased fees if the plan’s advisor can’t charge for those assets and I think it’s a potential liability headache for the participant that might sue over the losses they created through the SDBA as well as the mistakes by the plan sponsor in not offering the feature to all participants.

But when a plan sponsor wants to add it,l I give it to them, since it’s their ultimate fiduciary decision.