I get what Fidelity is trying to do

I get what Fidelity is trying to do 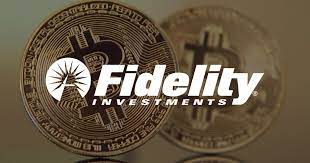 People are scratching their heads, the Department of Labor (DOL) had grave concerns over offering crypto in 401(k) plans, and less than a week later, Fidelity announced their plan to offer Bitcoin as an option for plan sponsors that want to offer it.

Fidelity announced it because they had this planned for months and the DOL’s guidance is just a directive, not a regulation. Back in the early 2000s and late 1990s, firms were pushing cash balance plans and the Internal Revenue Service was stressing up and down that they were not qualified plans. What happened? The promulgation of code sections and regulations allowed it. So Fidelity’s goal is to push the DOL to offer regulations and directives that will allow crypto within 401(k) plans. I think crypto in 401(k) plans is a bad idea, won’t mean that the DOL won’t allow it for good.