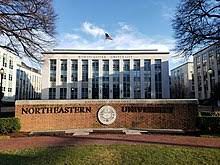 The new ERISA case filed in the U.S. District Court for the District of Massachusetts, names Northeastern University, the retirement plan investment committee, and unnamed individuals involved as defendants for the university’s 403(b) defined contribution retirement plan.

The plaintiff is a Northeastern employee, who alleges that Northeastern retirement plan fiduciaries breached their fiduciary duties to plan participants.

The complaint alleges excessive fees for recordkeeping and investment management costs charged by Fidelity Investments and TIAA. It is further alleged in the lawsuit that the plan failed to ensure that recordkeeping expenses were reasonable and that the defendants failed to act to replace plan menu investment options with excessive management fees.

The complaint also claims that plan fiduciaries failed to prudently select and monitor the plan’s investment options by including high-cost and underperforming target-date funds. When compared to options in similarly sized plans, several of the Northeastern plan’s investments were substantially more expensive than others found in plans of the same size, according to the complaint.

The plan holds at least $1.3 billion in plan assets