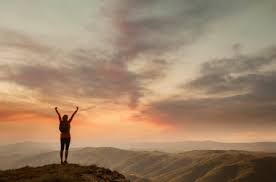 Retirement plans with more than 100 participants (I won’t mention the 80/120 rule) have a requirement to get an independent audit for their Form 5500 filing. The failure to obtain an independent filing is the same consequence of making no Form 5500, so there will be harsh consequences for failing to obtain one.

As far as picking an auditing firm, it’s rather simple. Don’t pick an auditor on price, but pick an auditor based on experience. Find out how many audits they do a year and see how many auditors work on them. From experience, any auditing firm that has one auditor work more than 12-15 audits a firm is more of a mill and less of an actual auditing firm. The audit ensures that the plan is operating correctly and is in good financial condition. Paying thousands for an audit report that is suspect is the same as paying thousands of dollars for a worthless piece of paper.

Beware of referrals from third-party administration (TPA) firms unless the TPA makes more than just one firm as a referral and you have indicated that the auditing firm in question handles plans from different TPA providers.

While some companies would want an audit from a Big 4 firm, it’s not necessary. There are many accounting firms that do just as good a job, if not better than the Big 4 firms, at a better price. I recently came across one plan where a Big 4 firm charged $54,000 for a limited scope audit, which is about $40-45 K too high.

The question for the last couple of years for me is independence. Auditors of retirement plans need to be independent and should not have any financial interests in the plan or the plan sponsor that would affect their ability to render an objective, unbiased opinion about the plan.

While many plan sponsor probably doesn’t care about a nefarious situation, they will if the Department of Labor ever came around and declared that the plan sponsor’s independent audit requirement was not met, so their previous Form 5500 was considered invalid. After being socked with hundreds of thousands of dollars in penalties, they would care.

A good audit ensures the financial condition of the plan and serves as a check and balance on the other plan providers. The requirements to get an audit should never be taken lightly.